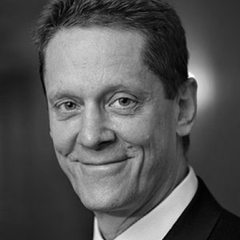 For more than 25 years, Mr. Friedland has been recognized by leaders of the international financial sector and mineral resource industries as an entrepreneurial explorer, technology innovator and company builder. He has successfully developed a portfolio of respected public and private companies whose initiatives have led to several of the world’s most significant mineral discoveries and mine developments, applications of disruptive technologies and contributions to significant economic growth in established and emerging markets in the Asia Pacific Region, Southern Africa and the Americas. 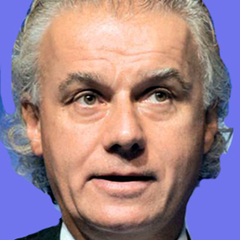 Chris has been publishing his renowned weekly investment report - GREED & fear - since July 1996.

Prior to entering the investment business, Wood was a financial journalist. He worked for the Hong Kong-based Far Eastern Economic Review between 1982 and 1984 and The Economist between 1984 to 1994, during which period he was both the New York and Tokyo Bureau Chief. He was also the author of three acclaimed books while at The Economist.

Mr. Christopher Wood has been publishing his renowned weekly investment report GREED & fear since July 1996. He has been ranked No. 1 Equity Strategist in the Asia Money polls between 2002-2004 and 2006-2021. In 2005 the firm he was working with at the time withdrew from the poll.

Prior to entering the investment business, Wood was a financial journalist. He worked for the Hong Kong-based Far Eastern Economic Review between 1982 and 1984 and The Economist between 1984 to 1994, during which period he was both the New York and Tokyo Bureau Chief. He was also the author of three acclaimed books while at The Economist. "Boom and Bust: The Rise and Fall of the World's Financial Markets" published in 1989; "The Bubble Economy: Japan's Extraordinary Speculative Boom of the '80s and the Dramatic Bust of the '90s" published in 1992; and "The End of Japan Inc.: And How the New Japan Will Look" published in 1994. 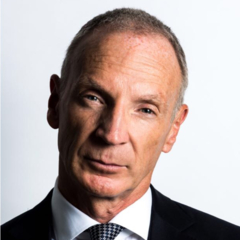 During his 35 years in the financial services industry, David has worked for a variety of highly regarded firms, most recently as Global Head of Fixed Income Macro Products at Credit Suisse. Prior to that he held senior trading roles at both Credit Suisse and UBS Investment Bank.

David began his career trading at Goldman Sachs, and then moved to Credit Suisse before building considerable asset management experience as a Partner at Bluecrest Capital.

He is currently an Independent Member of the Bank of England’s FICC Market Standards Board and Chairs the Precious Metals working group.

David is also a major supporter of the NSPCC and has raised over £1.5 million by summiting Mount Everest on five occasions. He was the first person to traverse Everest from the North to South in 2007. He is an ex-trustee, Chair of the Rebuilding Childhoods Board and was awarded an MBE by the Queen for his services to the charity. 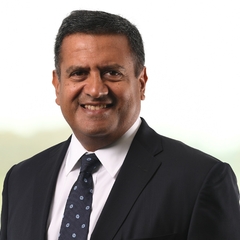 He began his career with Mount Isa Mines, working in both Australia and Europe. Mr Biswas has also worked for Western Mining in Australia and Rio Tinto in Canada and Australia. He has experience in research, operations, business development and projects, across commodities including aluminium, copper, lead, zinc and nickel. 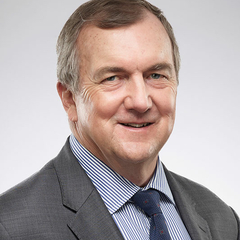 Mr. Bristow was appointed President and Chief Executive Officer of Barrick effective January 1, 2019, following completion of the merger with Randgold Resources. Previously, since its incorporation in 1995, Mr. Bristow was the Chief Executive Officer of Randgold following his pioneering exploration work in West Africa. He subsequently led Randgold’s growth through the discovery and development of high-quality assets into a major international gold mining business. Mr. Bristow played a pivotal role in promoting the emergence of a sustainable mining industry in Africa and has a proven track record of delivering significant shareholder value. During his career, Mr. Bristow has held board positions at a number of global gold mining companies. Mr. Bristow holds a Doctorate in Geology from Natal University in South Africa. 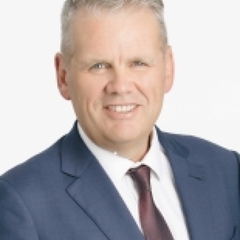 Mr. Smallwood holds a geological engineering degree from the University of British Columbia, and a mine engineering diploma from the British Columbia Institute of Technology. Mr. Smallwood was involved in the founding of Wheaton Precious Metals and in 2007, he joined Wheaton full time as Executive Vice President of Corporate Development, primarily focusing on growing the Company through the evaluation and acquisition of streaming opportunities. In January 2010, he was appointed President, and in April 2011, he was appointed Wheaton’s Chief Executive Officer. Mr. Smallwood originally started as an exploration geologist with Wheaton River Minerals Ltd., and in 2001, was promoted to Director of Project Development, his role through its 2005 merger with Goldcorp. Before joining the original Wheaton River group in 1993, Mr. Smallwood also worked with Homestake Mining Company, Teck Corp. and Westmin Resources. Mr. Smallwood was an instrumental part of the team that built Wheaton River / Goldcorp into one of the largest, and more importantly, most profitable gold companies in the world, and he is now focused on continuing to add to the impressive growth profile of Wheaton. Mr. Smallwood has served on the board of Defiance Silver Corp. (formerly ValOro Resources Inc. and Geologix Explorations Inc.) since 2005. Mr. Smallwood formerly served on the board of Ventana Gold from 2008 to 2011, Castle Peak Resources from 2010 to 2012, and Tigray Resources Inc. from 2011 to May 2014. Mr. Smallwood is also the chairman of the board for Special Olympics BC, and a member of the boards of MineralsEd BC and Mining4Life, and previously on the board of the BC Cancer Foundation. In 2015, Mr. Smallwood received the British Columbia Institute of Technology Distinguished Alumni Award, and in 2019, he received Business in Vancouver’s BC CEO of the Year Award in the enterprise category. 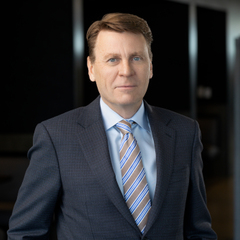 Tom Palmer became President and Chief Executive and joined the Board of Directors of Newmont effective October 1, 2019. He served as President since June 2019 and as President and Chief Operating Officer from November 2018 until June 2019. Previously, he served as Executive Vice President and Chief Operating Officer since May 2016. Mr. Palmer was elected Senior Vice President, Asia Pacific in February 2015 after serving as Senior Vice President, Indonesia since March 2014. Prior to joining Newmont, he was the Chief Operating Officer, Pilbara Mines at Rio Tinto Iron Ore. Over a 20-year career with Rio Tinto, Mr. Palmer worked in a variety of roles across a number of commodities, including General Manager, Technology for the Bauxite and Alumina business; General Manager, Operations at Hail Creek coal mine; and General Manager, Asset Management at Palabora Mining Company in South Africa. Mr. Palmer brings extensive experience leading teams and delivering production while implementing safety culture programs and improving diversity. He earned a Master of Engineering Science degree and a Bachelor of Engineering degree from Monash University in Melbourne, Australia.